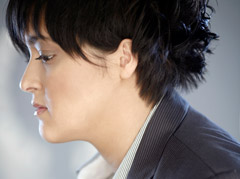 First time i see the really best song win on a Evrovision. Marija best singer! This voice touched my heart. I heard this in Russian. Wonderfully!!! Good Luck!!

fuck you all jealous people!!! MARIJA IS THE BEST!!! Yeah,Ukraina realy showed their potential! 🙂 and Bulgaria too! The girls and Marija were great!

f… you all jealous people!!! MARIJA IS THE BEST! Well,Ukraina had shown as a great potential,I wonder why didn’t took the 1st place?! …maybe ’cause it’s STUPID?!?! Jasmina,tu es una stupida muerta de hambre!puedes besarme en mi …..! ricky martin is also gay,but that seems that bothers no one! BRAVO MARIJA!NAJBOLJA SI! And Turkey…we herd that ‘shaking’ in 2004 from greece,nothing new,nothing good!

I’m glad that you think that we won due to politic.That means we wort something in Europe!Thank you very much! And you Alberto Corleone eat your spaghetti and when your country get in this competition than you can comment!Pusite ga siptari!Srbija is the best! Marija najjaca si!

i love her and her song wery much, and i dont understand, why other peoples from my country don’t like her…?

hey yo Mert! Yeah,ex-Yugoslavia vote for us,but that doesn’t make us winners. 50 countries vote for us,that is something and that made us winners!Turkey far better?!…i don’t think so! Finland gave us 12 points too! They could vote their neighbors! GO MARIJA!!!