How many times have – you fooled me and denied that
It’s her whom you love and it sure isn’t me?
So now that it’s over – I’ll try and take it sober
Leave questions unasked, remember us laughing’ at the broken past
God, if I could make it on without you

You’re such a casual man, oh wavin’ an empty hand
I’m helpless and I’m lonely without you

Yes you’re a casual man, lendin’ an empty hand
Left me breathless with nothing more to lose

You’re such a casual man, oh wavin’ an empty hand
I’m helpless and I’m lonely without you

Casual man, lendin’ an empty hand
I’m helpless and I’m lonely without you

You’re such a casual man, lendin’ an empty hand
Left me breathless with nothing more to lose

Except an evanescent unsubstantial blues… 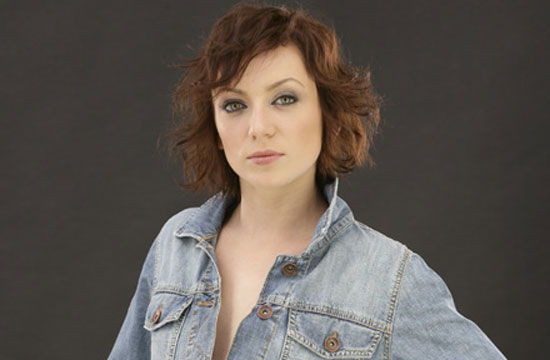 Magdi Rúzsa, the 21 year-old Hungarian girl from Kishegyes (near the Hungarian border in Serbia) was discovered in 2006 thanks to the televised pop idol contest Megastar in Hungary. She grew up in her hometown and studied in Subotica as a maternity nurse. After the high school, she wanted to go to Medical University, but as she could not afford it she decided to try her luck at the pop idol contest. Thus the smallest child of the family made her way to Budapest….and the story began.What happened to Magdi from this moment on was a real fairytale. The very first appearance in the series predestined her to be the winner, from week to week more and more people fell in love with her true, passionate, unique voice. The whole industry praised her and claimed her to be the biggest happening in the last 30 years. She was singing like her big favourite Janis Joplin.

After winning the competition, her cover album with the performed songs in the finals went to triple platinum status and has sold to date around 80 000 copies. Her first artist album “Ördögi Angyal” (Devilish Angel) was released on her birthday (28th November) and has sold 36000 copies until today with only one video. These two records were the biggest selling releases in 2006 in Hungary. It was therefore no surprise that Magdi was voted New Talent of the Year, and therefore she has the chance to represent Hungary at the Eurovision Song Contest in Helsinki, 2007. She picked her own song “Unsubstantial Blues”, in order to show her fantastic voice and express her emotions.

We all wish her good luck and hope that after conquering the Hungarian music lovers, she can show her extreme talent to a European audience. 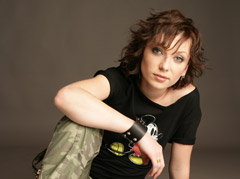 American born song lyric writer/drummer Imre Mozsik started musical studies at the age of 11. Participated in a number of amateur musical acts – from Punk-Rock to Big Band – before permanently moving to Budapest in 1989. Has played in some of the most known live-acts in Hungary – the present one being a Rock ’n’ Roll band named Supernem (supreme sex). In the past 15 years, Imre has written song lyrics for some of Hungary’s top performers, as well as for singers/performers of other countries.

Huge fan . Love your voice, music and lyrics .
Hopefully you keep up the excellent work !

i am from Georgia, this song is amazing i lve this song(skype name is ucha__1)

Nice song……I am from Serbia but i like your song more than our.Any way thank you for beautiful song.

I really Love it. For me this was the best song in eurovision ever.