Song: Shake It Up Shekerim

Shake It Up Shekerim
She smiled at me, said: “Would you like it sweet and low?”
“I know a place where we can take it nice and slow”
I know what you’re thinking: don’t stop, I need that sweet thing
Telling you now this is real

She said in a sexy lazy low key: “Can I make it right?”
You put your trust on me, I’ll take you through the night
Don’t keep me waiting, not sure you’re understanding
Just how much I crave for you 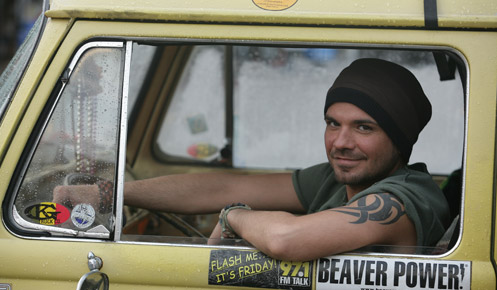 At the age of five Kenan was enrolled at The School for Music, in Istanbul. He was accepted, at the age of five with not only the highest grades for his age, but also specialising in Piano. Having completed six years of education in piano, he started flute classes with Erkan Alpay. In additon he took guitar classes with Erdem Sökmen, also a specialist in his area of music in the school. During this time he also studied drama and rhytmic instruments, while singing solo in the children’s choir.

Later he successfully graduated from Kültür Kolej and completed a “Communications” certificate program in Hesser College, New Hampshire, USA. He began an undergraduate course in Los Angeles Musicians Institute, to help him expand upon his music. During this time he developed his musical sounds though introducing Turkish influences along with showbiz beats. After a while he decided to return to Turkey with a new mixture of musical influences and continued his studies at Bilgi University in The Music Department.

Kenan Doğulu, although a famous, popular and appreciated artist in Turkey, thinks what he has achieved in his musical career is still not sufficient. He continues to work consistently and to set his targets as high as possible, by selecting suitable and significant projects. In accomplishing these projects worldwide as well as in his home country he aims to become a world artist.

The first album of the artist, “Yaparım Bilirsin” was released in August 1993. Ninety three concerts were held that year , which was a considerable achievement in Turkey. His second album “Sımsıkı Sıkı Sıkı” was released in December 1994 and achieved an unbelievable success with one hundred and seventy five live performances that year. The album “Kenan Doğulu 3” which was launched in August 1996 achieved great success and expanded his fan base even more.

“10. Yil Marsi”, an anthem from the Republic of Turkey, was re-composed and presented to contemporary Turkey and Turkish people by Kenan Doğulu, on October 29, 1997. The single “Kenan Doğulu 3.5” including the mentioned arrangement of the “10. Yil Mars” was released in 1997.

He has contributed, to a great extent, in making the Republic Anthem become popular by embeddeding these sounds in young Turkish minds again, yet with an alternative edge. Within the celebration programmes of 75th Annivesary of the Republic of Turkey in 1998, he also successfully accomplished a “Republic Road Show”. This started in Bursa, followed by Antalya, İstanbul, Ankara, İskenderun, Samsun, Selçuk and ended in İzmir.

The new album “Ben Senin Herşeyinim” was released the same year. For two years he spend time developing new musical sounds and once again fulfilled the expectations of his fans with his album “Ex Aşkım”. It was a a hit in 2001. In 2002 “Kenan Doğulu 5.5”, the unplugged version of “Ex Aşkım” was released and it reached mass audiences gaining as much appreciation as “Ex Aşkım” . He addressed his fans again in 2003 with a brand new album “Demedi Deme”.

The video clip to the song “İsyan Bu, Haykırış”, filmed in Dinar, was performed for the sole purpose of helping and providing financial support to the earthquake victims in the region. The artist released his album “Kenan Doğulu 6.5” much to the appreciation of his fans. This album includes different remixes and versions of previous songs.

Finally he released his latest album “Festival” on May 2006 which won him three musical awards in Turkey. He won, best male singer, best song of the Year and most downloded Melody. His first 2 singles from the album have been number one in the charts in Turkey. These were “Cakkidi” (most downloaded song) and “Bas harfi ben” (best song of the year). His eighth studio album entered stores after a three and half year break. These recordings were made in Los Angeles, Amsterdam and Istanbul. Kenan Dogulu has made these music and lyrics his signature.

Moreover, Doğulu Ses ve Görüntü Hizmetleri Ltd. (Doğulu Sound & Light Ltd.), was established by the artist in late December 2003. He started providing services for the music industry in his own facilities. This began in July 1998 with the added benefit of new yet experienced staff.

Doğulu Productions have produced the albums of Kenan Doğulu and furthermore produced album recordings for various artists in its studios. All kinds of local and foreign concerts, sports organizations, CD Plus productions, digital recording and mastering works are carried out by the company.

HI am from Armenia but i like this song.Good luck.

i’m Indonesian. and i’m learning Turkish. I think Kenan has a good songs. I like Cakkidi and shake it up sekerim. and i think i’ll like all the songs that he have. Shake it up, Kenan!!