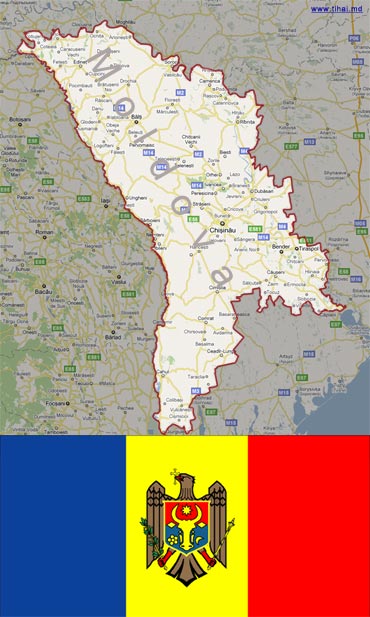 The Republic of Moldova (Eastern part of the former Principality of Moldova, known also as Bessarabia, lately Soviet Moldavia) has a population of 3,383,332, which makes it the most densely populated of all countries in the former USSR area. About 78% of the people are Moldovans or Romanians. Large minority groups include Ukrainians (8.4%), Russians (5.1%) and Turks, Jews and Bulgarians (7.3%).
Chisinau is the capital of the Republic of Moldova. Moldova is the second smallest of the former Soviet states with 33,700km2. Chisinau is a city of 800,000 people which is surrounded by rural agricultural lands. Chisinau straddles the Bik River, a tributary of the Nistru River.
Moldova is in the Eastern European Time Zone (GMT+3 hours). When it is noon in Chisinau it is: 11:00 in Paris, Berlin and Amsterdam, 10:00 in London, 05:00 in New York, 19:00 in Sydney and 13:00 in Moscow. Summertime (GMT+3 hours) is in effect from the last Sunday in March to the last Sunday in October.
Moldova is a hilly plain. The country’s average elevation is 147 m (about 482.3 ft) above sea level, with a maximum height of 429.5 m (about 1410 ft).
The climate is continental, with some modification of conditions by the Black Sea. Winters are mild, with average daily temperatures in January between -4 to -7 C ( about 23 to 27 F). Summers are quite warm, with average daily temperatures in July generally exceeding 25 C (68 F) and daily highs reaching 40 C (104 F) on occasion. 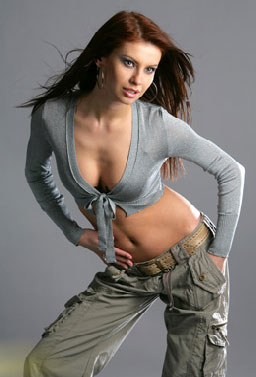 Natalia Barbu was born in 1979 on the 22nd of August, in Balti, the north capital of Moldova. “I was born to sing”, she says. Natalia spent her childhood at her grand parents. Her parents and her grand parents have marked profoundly her personality. Natalia’s heroic and at the same time artistic character finds its manifestation field everywhere. She always stands for her values. Natalia “tortured” her violin while children were playing in the yard. But she doesn’t regret it, because now, the violin is “laughing and crying” in her hands. The bag for future plans is full and even if she has many achievements and she faced a lot of difficulties on her way, she always says: “Everything is ahead. You have to Fight!”

Obsession, we hide in the back
And devotion’s finding a way
When highness exists for those people who pray

Believing, forfeiting the past
The onfall’s adapting the hearts
Itch people will gnaw our wishes, no more

Aleksandr Brasovean
Born on 12 of september 1987 in Chisinau. I studied piano till 2005, participating in many contests. From 2005 I am studying composition and music theory. The same year I started my career in pop music. The first serious works began with Serj Kuzenkoff (arrangements to: “Made in Moldova”), with Geta Daraban (“I believe”, with the 2nd place in a local Festival), and other singers. From 2006 I am cooperating with an Italian singer – Saro Salemi (I wrote songs: “Sei tu”; “Il tuo mondo il mio”, etc). I am working with the composer Marian Stircea. In October 2006 I started cooperation with the great singer Natalia Barbu. Together, we won the national selection for Eurovision with the song – “Fight”, (lyrics by Elena Buga) 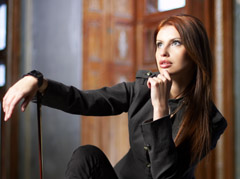 Born on the 7th of April 1989 in Ulan-Bator, Mongolia. In 1998 I was working at the Television from Tiraspol and translating books from Russian to Romanian. From 1999 till 2004 I studied piano and vocal. In 2004 I was laureate at a local Festival. Now I am studying at the musical college Stefan Neaga, saxofone. From 2004 I began to write lyrics on Alexander Brasovean music. In 2005 I wrote the lyrics “I believe” for Geta Daraban, music by Alexander Brasovean. In 2006 I wrote the lyrics for the song “Fight” for the great singer Natalia Barbu who won the national selection for Eurovision. I participated in college contest, where I took first place for the best “essay of love” and for the best knowledge in English.

i must say that i’ve been to a few concerts of natalia babu (fight eurovision)and she is the best .has a cool voice so flashing and cool it is just amaizing.she rulea the violin like a toy .she is very beautiful and this year at eurovision she showed the best of her.even better than russia who allways thinks she’s the best. Any way moldova rocks

I fall in love with you ! Great execution ! You have a sense in this song… U might be in the first 3 !!! Keep do this as you are doing it now!!!
Ukraine, Bukovina, Chernivtsi

The song, lurics and video were geat! And Natalia is the most beautiful girl in the world.
Vlora (macedonia)

The song is ok. Lyrics are ok, composition is fair, but not excellent. I think the violin is saving the day and also the wide range of Natalia’s Barbu vocals. What is a FAILURE and a DISAPPOINTMENT is the Eurovision contest itself. The latest years the “on eyed” is winning, because all the others are “blind”.

This is really perfect performance. Congratulations. Natalia, you are so beautiful. I’m from Turkey in Izmir city and 12.May night it’s amazing. Actually number 1 ”Fight”

This song is brilliant. It should have been the winner. It’s so powerful!!!!

Excellent, I love your song!

salut….my name is natasha and i am from moldova..but i live in greece.i love my country.and of cource this perfect song..